Jury Duty and Headship in the family


Jury Duty and Headship in the family


Last week I had one week of jury duty; during the trial I noticed there are five lawyers involved in the trial. The judge is a lawyer as well. Does this mean he is smarter and knows more about the law than the other four? No, those four lawyers Bow down to the judge. The judge has a role to play, and has the final authority. Who is the best lawyer in that room? Is it really the judge? However, the two lawyers recognize the rule and authority of the judge, even though he’s just a lawyer as they are.


Why do they do this?


Jesus gave His life and was a servant to the church and so must the husband do the same for his wife.


Now we can see why families are being destroyed. It’s because God order of the husbands headship is neither being establish nor maintained. On the contrary it is been destroyed. Suppose the wife does not want this. The woman may say “I do want a holy husband”, but he is incompetent and does not know how to run a family. The man throws his hands up, because no matter what he does, it is wrong, or not good enough. His instructions to the children and to the wife are undercut, and there is no obedience with the children to the father. His authority in the family is laughable because of the rebellion and treason of his wife to God‘s law.


The man really thinks to himself; she really wants to be both husband and wife, and reduce me to a child or a puppet. Does she not understand my role in the family? When the husband gives up trying to lead the family, then the wife gets upset. He starts to become a child, a sinner ,alcoholic, adulterous, etc. So the woman loses a strong man and a strong husband, and the children lose a strong father, because she is not willing to follow God‘s clear command.


The family structure becomes one that is contrary to God‘s will. The children have no firm guidance. They become ping pong balls between the parents.


What is the father’s role in the family based upon?


It is based upon service; Leadership, getting all of his family members to heaven. He’s not a bully, he’s a servant for Jesus. As Jesus washed His disciple’s feet so must the husband bow down and wash the feet of his wife and children. He must be willing to give up everything for their salvation. This is true headship, service to those you love. When the husband becomes a servant then the role of the wife becomes very clear to her and she no longer wants to become the man of the house, she wants to become the love and heart of the house.


Get off your phones, get off your couch and be the man God has called you to be. Our woman and youth of the world are waiting for you. You want change in your wife; you are the change needed to save the world.


How to begin the healing? Slowly through prayer; if I may suggest to begin with a Our Father or Hail Mary daily, first husband and wife,  then with the children. Or maybe one small Bible verse a night. And later try one decade of the rosary, begin very slow and let prayer become a joy not a burden. Husband this is a good opportunity to take the role as headship and show your family that for now on you will be the servant that God has called you to be.


"The final battle between the Lord and the reign of Satan will be about marriage and the family. Don’t be afraid because anyone who works for the sanctity of marriage and the family will always be fought and opposed in every way, because this is the decisive issue. However, Our Lady has already crushed its head." Sister Lucia of Fatima to Cardinal Carlo Caffara (Archbishop of Bologna) 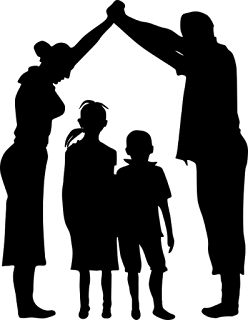 Popular posts from this blog


"The soul that will go to Confession and receive Holy Communion  shall obtain complete forgiveness of sin and punishment.” (Diary 699)
Where do the greatest miracles take place?Our Lords words to Saint Faustina:

“In the tribunal of mercy [the Sacrament of Reconciliation]... the greatest miracles take place and are incessantly repeated” (Diary 1448).

Our Lords words to Saint Faustina:

“To avail oneself of this miracle, it is not necessary to go on a great pilgrimage or to carry out some external ceremony; it suffices to come with faith to the feet of My representative and to reveal to him one’s misery, and the miracle of Divine…
Read more

Without charity, you will never see God 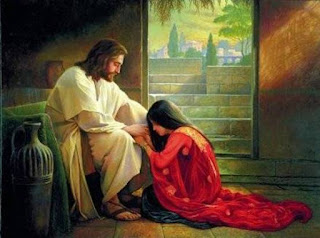 How many Christians are damned for lack of charity? No, my dear brothers and sisters, even if you could perform miracles, you would never be saved if you have no charity. To have no charity is not to know your religion. Without charity you will never see God; you’ll never go to heaven. Go to mass every day receives Holy Communion every day and without charity your soul will be lost.

Unhappy sinner, you love those who only agree with your interest and never go against you in any of your affairs. You love those who flatter you and those who appreciate your good works; who love to thank you for your kindness; who give you plenty of attention and recognition. But if they treated you with unkindness and did not recognize your good works, you would have nothing to do with them.
These works are only for your own glory.

True charity is not condition on what you will receive in return for your good works, but on how pleasing you are in the eyes of Jesus. Look at St. Francis De Sales, Who tell…
Read more

Tim and Jenny McAndrew
Parents of five, grandparents of eleven. Dedicated to family, faith, and the Catholic Church. Consecrated to our Mother. Totally yours, Mary!

Popular posts from this blog


"The soul that will go to Confession and receive Holy Communion  shall obtain complete forgiveness of sin and punishment.” (Diary 699)
Where do the greatest miracles take place?Our Lords words to Saint Faustina:

“In the tribunal of mercy [the Sacrament of Reconciliation]... the greatest miracles take place and are incessantly repeated” (Diary 1448).

Our Lords words to Saint Faustina:

“To avail oneself of this miracle, it is not necessary to go on a great pilgrimage or to carry out some external ceremony; it suffices to come with faith to the feet of My representative and to reveal to him one’s misery, and the miracle of Divine…
Read more 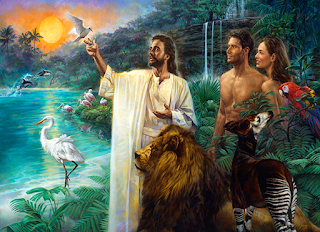 Every human being has two instincts that are basic, fundamental and strong. The first one is hunger theother is sex. God implanted both of these inside of us. It is thanks to hunger that we preserve individual life. It is thanks to sex that we preserve social life. God instilled in us these two desires with the intentions to be used for good, but because of human freewill there is the likelihood of abuse in both instincts.
Overindulgence of the hunger instinct it can lead to the sin of gluttony and of health consequences in the body. The same principle can be applied to overindulgence in sex, in that by allowing filth to enter the mind - it corrupts the body in its action and leads the spirit down a dark path. One would not put garbage into the stomach but yet so many put garbage into the mind.
Sex and the two trains For example, let’s compare the sexual instinct to the analogy of an engineer and two trains; one a slower paced and the other a faster paced train (Sex instinct). The engi…
Read more